Hugo the bloodhound, Chico the Chihuahua, and Sammy the cat are relaxing together as their owners hand out candy to trick-or-treaters. As the humans—dressed in absurd clothes in an effort to look like characters from the latest Netflix hit—huddle around the propane heater in the garage, their pets are curled up inside, reminiscing about Halloweens past. As longtime pets, Hugo, Chico, and Sammy have learned a lot about this weird human holiday over the years, although they still don’t get the fascination with silly costumes and gothic decorations. The candy they understand.

Let’s listen in, as the three talk about mishaps and mayhem they have encountered. Our Tidmore Veterinary Hospital team adds some helpful tips, to ensure your pet gets through the spookiest night of the year unscathed.

Hugo: “Remember the year I sniffed out my human brother’s candy stash? I had always wanted to taste chocolate, and I thought my owners were selfish for never sharing. After one bite—it was heavenly!—I gobbled down as much chocolate as I could. Then, my stomach started gurgling, and I felt awful. My owners quickly connected the dots, and took me to the vet, who made me throw up. The brown puddle of melted chocolate contained lots of candy wrappers. I had had no time to unwrap the candy—not to mention, no thumbs!—and the vet said the foreign material could have caused an obstruction.”

Tidmore VH: Pets can become obsessed with pilfering forbidden Halloween candy, so you must safeguard the treat bowl, and your kids’ haul. Chocolate, grapes and raisins, and sugar-free candy and gum are particularly concerning, since they are toxic to pets. However, overindulging on any candy can cause gastrointestinal upset, and wrappers, foil, and sucker sticks can lodge in your pet’s stomach or intestines, and cause an obstruction.

Chico: “I remember that you felt miserable for days. Thankfully, I am smart enough to stay away from the candy bowl. But, I could do nothing to avoid the indignity of being dressed as a taco. My owners insisted I accompany them on their trek through the neighborhood, so everyone—and every pet in the area—could see my ridiculous costume. Well, my sombrero slipped down over my eyes, and I almost got run over by a Spiderman on a bike!”

Tidmore VH: Although you may be tempted to cram your pet into an adorable Halloween costume to entertain the neighbors, your pet likely won’t enjoy the show. And, an ill-fitting costume can restrict your pet’s breathing, movement, or vision. Instead of dressing up your pet, loosely tie a black and orange bandana around their neck, or stick to their birthday suit. They are adorable as is, and will be much more comfortable—and safe.

Sammy: “Fortunately, my mom has never tried to dress me up, but I did have quite a scare a few years back. Between the ringing doorbell, the scary noises from the house next door, and the oddly dressed parade of kids, my stress level was a 20 out of 10. After a rowdy kid reached for me, I ran out the open door, and down the street. I didn’t want to run away, but before I knew it, I was lost. A nice woman took me to the shelter, where a volunteer scanned my microchip, and called my mom. He said I was lucky the woman found me so quickly, because scary things can happen to black cats on Halloween night.”

Tidmore VH: You may love the parade of trick-or-treaters on your front porch, but your shy pet may not. To keep your pet calm, and prevent them from slipping through an open door, designate a quiet room as their Halloween haven. Outfit the room with comforting items, such as their crate, blankets, and favorite toys. Before the festivities begin, toss them a long-lasting treat, such as a stuffed Kong, or a food puzzle. As an added safety measure, have your pet microchipped, or ensure your contact information is up to date if they already have a chip. This way, your pet can be quickly returned—like lucky Sammy—should they escape. 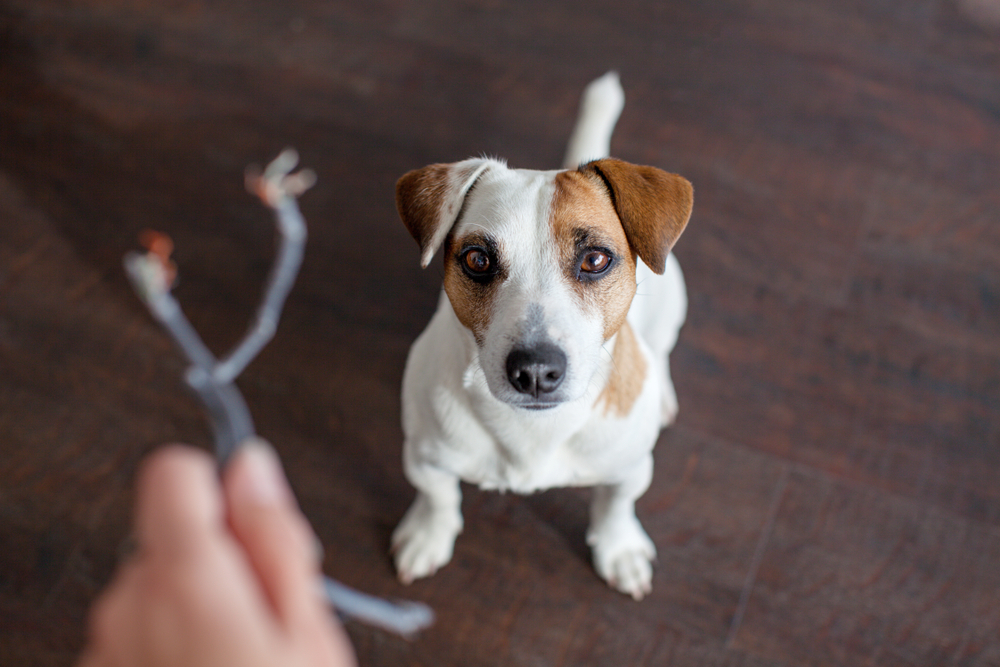 Hugo: “I still don’t get why our owners feel the need to decorate with pumpkins, corn stalks, and light-up ghosts. I once nibbled a carved pumpkin that smelled kind of tasty, but tasted awful! It had black slimy stuff on the inside, and I didn’t feel well afterward.”

Chico: “Our owners have a bunch of those light-up decorations. As a matter of fact, I chewed on a cord when I was a puppy, and burned my mouth.”

Sammy: “That sounds almost as painful as a burned tail. As a kitten, I was entranced by the flickering flame inside a jack-o’-lantern, and I singed my tail fur. Thankfully, it wasn’t worse!”

Tidmore VH: Pets are inquisitive, and want to check out any new items in their environment. Keep all lit candles, whether in carved pumpkins, other decorations, or on tables, out of your pet’s reach. A singed tail or whiskers is no fun, and a knocked-over candle could cause a house fire.

Pumpkins, gourds, and corn stalks often become moldy after sitting on your porch for weeks, and can contain dangerous mycotoxins that can make your pet sick. Keep these decorations where your pet cannot get to them, and don’t allow your pet any unsupervised access.  Additionally, hide all electric cords from puppies, kittens, and other pets who can’t resist chewing on household items.

As you can see, a pet mishap is far scarier than any Halloween decoration or prank. Avoid an unnecessary veterinary visit by learning from Hugo, Chico, and Sammy’s mistakes. However, if your pet is undeterred by your safeguards, and finds their way to mischief this Halloween, our Tidmore Veterinary Hospital team is here to help—give us a call.

About the Author: Tidmore Veterinary Hospital